The Fiat 126 (Type 126) is a rear-engined, small economy or city car, introduced in October 1972 at the Turin Auto Show as a replacement for the Fiat 500. The majority of 126s were produced in Bielsko-Biala, Poland, as the Polski Fiat 126p, where production continued until year 2000. In many markets Fiat stopped sales of the 126 in 1993 in favour of their new front-engined Cinquecento. At a vehicle length of 3.05 metres, the Fiat 126 is almost exactly the same size as the original British Mini, and although it came to market 14 years later, production ended in the same year (2000), and its total sales of almost 4.7 million units were in close range of the Mini's 5.4 million. In Poland the car became a cultural icon and earned the nickname Maluch, meaning ""The Little One"" or ""Toddler"". 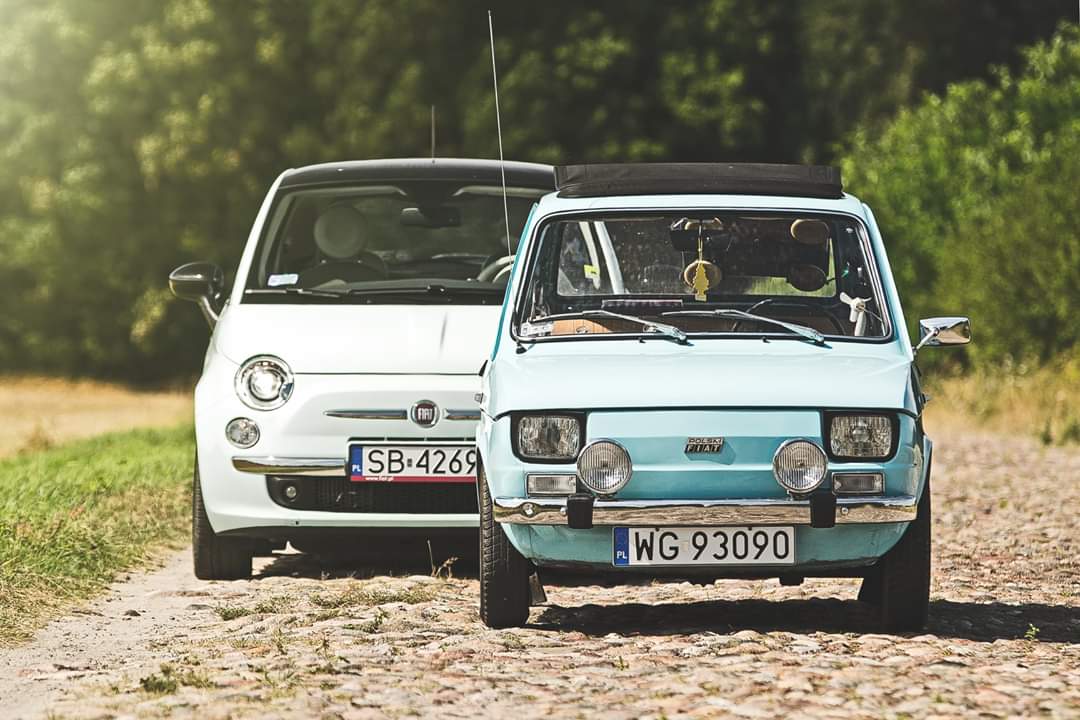