Looking for information on a particular variant of Volvo 121? Drill down deeper here:

The Volvo Amazon was a mid-size car manufactured and marketed by Volvo Cars from 1956 to 1970 and introduced in the USA as the 122S at the New York International Auto Show in April 1959.

The Amazon shared the wheelbase, tall posture and high H-point seating of its predecessor, the PV and was offered in two-door sedan, four-door sedan, and five-door wagon body styles. In 1959 Volvo became the world's first manufacturer to provide front seat belts as standard equipment — by providing them on all Amazon models, including the export models — and later becoming the first car featuring three-point seat belts as standard equipment.

When introduced, the car was named the Amason (with an 's'), deriving from the fierce female warriors of Greek mythology, the Amazons. German motorcycle manufacturer Kreidler had already registered the name, and the two companies finally agreed that Volvo could only use the name domestically (i.e., within Sweden), modifying the spelling to Amazon. Subsequently, Volvo began its tri-digit nomenclature and the line became known as the 120 Series.

The Amazon was originally manufactured at Volvo's Lundby plant in Gothenburg and subsequently at the company's Torslandaverken plant, which began operating in 1964. By the end of production, 234,653 four-door models, 359,917 two-door models and 73,220 station wagons had been produced, of which 60% were exported; for a total of 667,791 vehicles.

Do you know more about Volvo 121s that us? Want to help out and make this site better? We want to hear from you! Contact us here

Do you have a link that other Volvo 121 owners would be interested in? Let us know here and we'll get it added.

Looking for a specific Volvo 121? 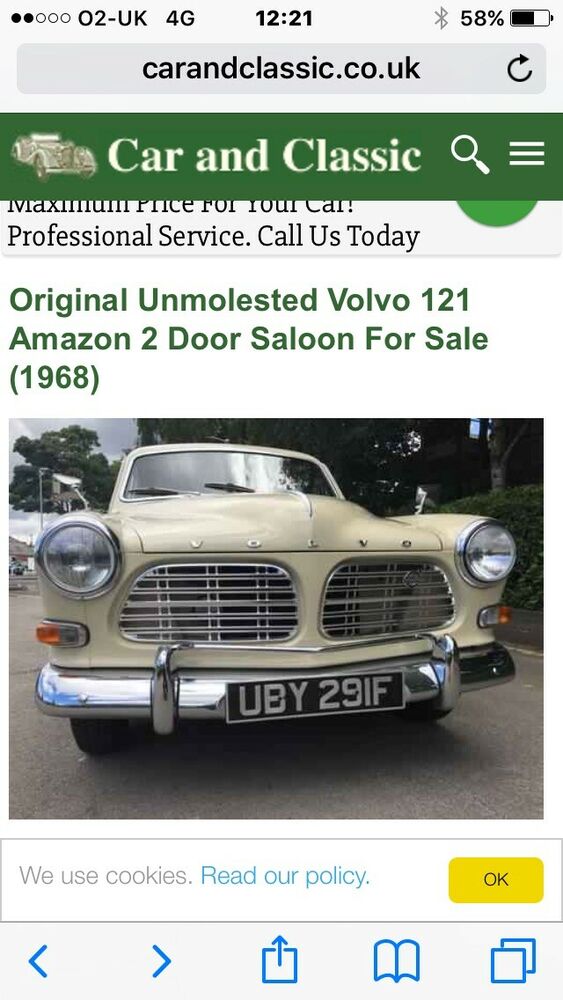