Looking for information on a particular variant of Peugeot 604? Drill down deeper here:

The Peugeot 604 is an executive car produced by the French manufacturer Peugeot from 1975 to 1985. 153,252 examples of the 604 were sold during its 10-year production life. It was made in France and also assembled by Kia in South Korea.

The Pininfarina-designed 604 was unveiled at the Geneva Motor Show in March 1975 and drew praise for its formal, handsome styling. Denmark´s "Bilrevyen 1976" ("The Car Review 1976"), for example, described the styling as possessing a "calm elegance". Sales began in September 1975. Based "on the principles of the Peugeot 504", using its bulkhead, doors, and part of the 504 floorpan, and usually powered by the then-new 144 PS (106 kW) 2.7-litre V6 PRV engine, developed in conjunction with Renault and Volvo, the car was Peugeot's first entry into the large luxury saloon market for 40 years - the most recent being the short-lived Peugeot 601 of 1934.

Do you know more about Peugeot 604s that us? Want to help out and make this site better? We want to hear from you! Contact us here

Do you have a link that other Peugeot 604 owners would be interested in? Let us know here and we'll get it added.

Looking for a specific Peugeot 604? 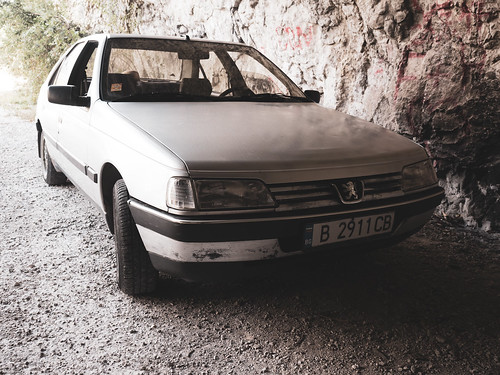