Looking for information on a particular variant of Jaguar 420? Drill down deeper here:

The Jaguar 420 (pronounced ""four-twenty"") and its Daimler Sovereign equivalent were introduced at the October 1966 London Motor Show and produced for two years as the ultimate expression of a series of ""compact sporting saloons"" offered by Jaguar throughout that decade, all of which shared the same wheelbase. Developed from the Jaguar S-Type, the 420 cost around £200 more than that model and effectively ended buyer interest in it, although the S-Type continued to be sold alongside the 420/Sovereign until both were supplanted by the Jaguar XJ6 late in 1968.

Do you know more about Jaguar 420s that us? Want to help out and make this site better? We want to hear from you! Contact us here

Do you have a link that other Jaguar 420 owners would be interested in? Let us know here and we'll get it added.

Looking for a specific Jaguar 420? 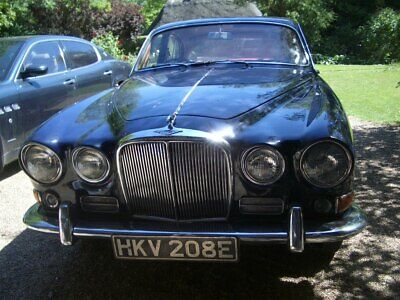